Here's the story of a hurricane.

Would you trust this to protect you against natural disaster? 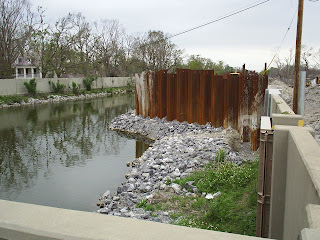 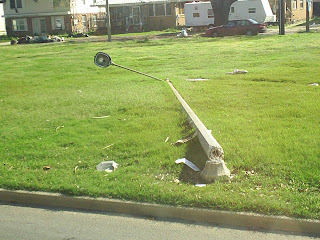 (I took these photos on a service trip eight months after Katrina.) 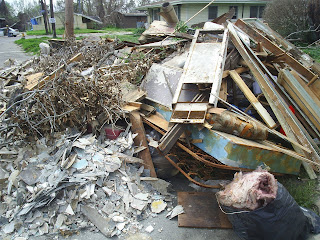 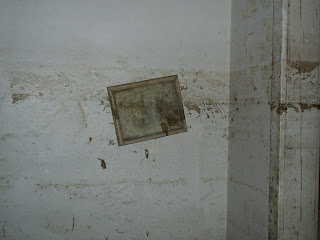 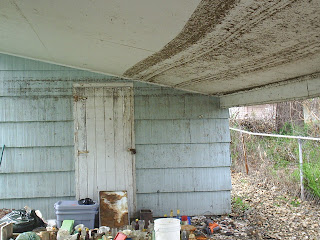 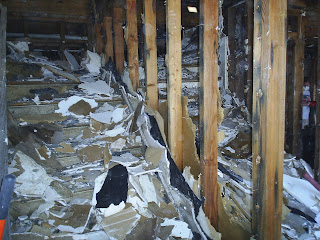 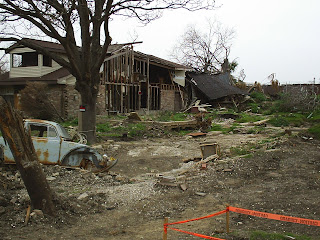 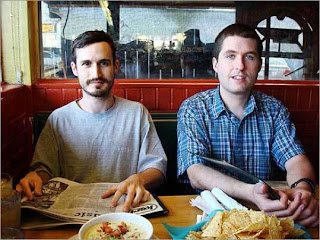 Check out that mug shot, parents, and keep your children at bay. The Typo Eradication Advancement League is being charged $3,035 for being right. This duo exercised their right to white-out on a sign near the Grand Canyon. The article neglects to tell us what the historical sign's mistake was. I bet it was worth the price.
Posted by Kay Arr at 10:29 AM No comments: 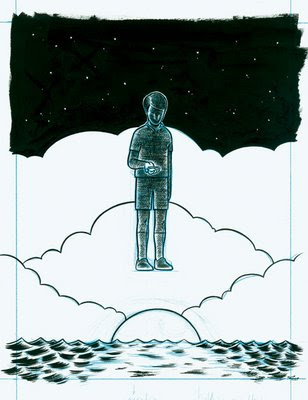 Sometimes I just really love a book and have to tell everyone I know about it. And maybe some people I don't know.

The thing getting me through the job search this month is a new book by Joe Meno titled Demons in Spring. I picked it up in an independent bookstore in Williamsburg, Spoonbill & Sugartown, and read two short stories that broke my heart. The editors who lectured at Columbia often said, "You cry, you buy," and that's how I felt setting down $27 of my grocery money at the counter. (Profits from this book are going to a writing/tutoring nonprofit called 826Chicago.)

It's absolutely worth it. My favorites so far are "Miniature Elephants are Popular," about a friendship between an old man and his tiny pet with charming illustrations by Todd Baxter, and "An Apple Could Make You Laugh," a story of an offbeat office romance illustrated by Geoff McFetridge. You can sense that this is a writer from the McSweeney's generation, but he's certainly the best of the bunch. You can read an interview with him by Bookslut from 2005. The stories are silly and a little post-modern, but he has a deep respect and reverence for each of his characters, which sets his writing above the rest and is a testament to his imagination. 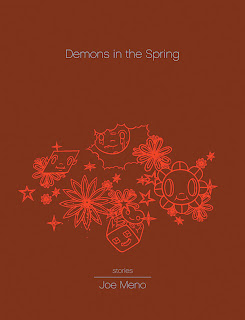 Joe Meno's got a reading coming up in Park Slope on September 12th, and you can bet I'll be there.
Posted by Kay Arr at 9:40 AM No comments: 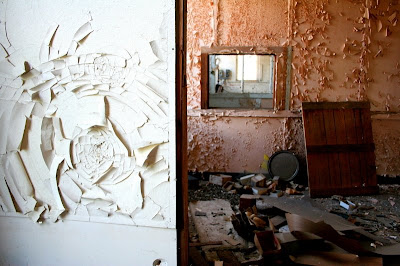 Above is a little photograph from a blog entry on Building 17 at Mass MOCA. Sometimes junk looks really lovely in photographs, and that photographer sure has an eye for composition.
Posted by Kay Arr at 9:34 AM No comments:

Night of Pandas Turns Into A Zoo 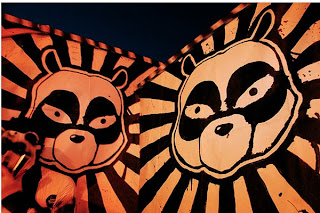 As we ate in the Whole Foods cafeteria last night, on the second story overlooking Union Square, friends and I watched two people with panda flags gather an enormous crowd. They put on panda masks and shirts and painted faces. I was hoping it was some V For Vendetta-like protest, but we learned it was just a promotion for a radio station party.

That's not the end of the story, though. Later that night, the panda party made their way on the L train, where they had a good chance of snowballing into an enormous black-and-white Williamsburg dance party.

...And there, the cops took them out. This is documented in plenty of photographs and on video, which is now let loose in the wild world of YouTube.

This is one of those events that makes my parents' generation shake their heads and talk about how kids these days never get arrested for protesting Iraq. 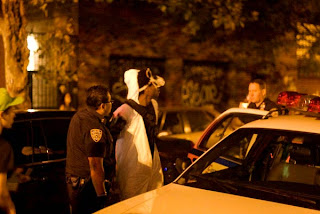 Never fear, dear anarchists. There is still a chance that when "The Revolution" arrives, it will arrive in pandaface.
Posted by Kay Arr at 10:59 PM No comments: 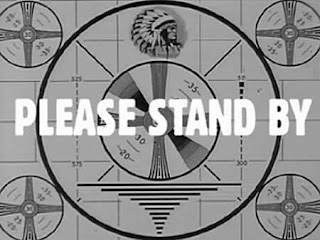 Sorry to be so out of touch. The program is over and my apartment in Brooklyn is having some serious wireless trouble. Fortunately, we've fixed it - my computer just won't admit that the problem is solved. I will be back more regularly as soon as these kinks evaporate.

Hope you're having a wonderful week.
Posted by Kay Arr at 9:04 AM No comments: